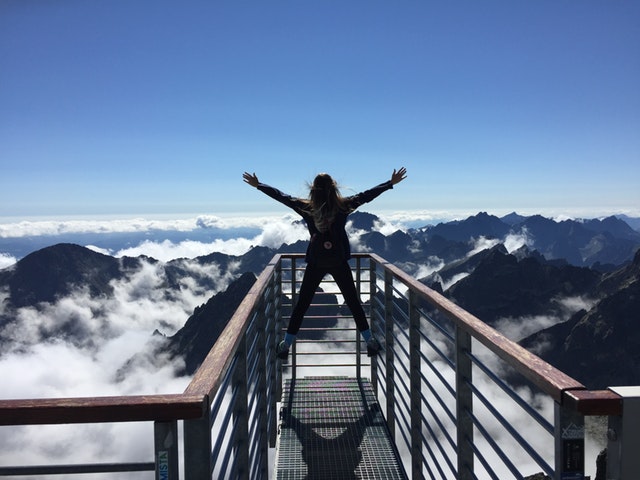 A year from now, you'll wish you started today.

I've seen that printed in a number of places, even used it in a short promo video earlier this year. With Spring here, that phrase couldn't be more true. Maybe the real question is, what are you waiting for? There could be so many reasons why you shouldn't do that thing you've been thinking about doing, right? But what about the reasons you should? Why does the negative voice drown out the positive voice?

How good does it feel to say YES? What if we said YES more often than we said NO. Would life be better? A week ago, I tried a little experiment. I said yes to everything that came my way that day. No one knew I was going to do this, I didn't want an artificial effect on the experiment. (There was only one stipulation, I wouldn't say YES to anything immoral or unethical.) The first couple of times I said YES it set me on a path outside my comfort zone. That wasn't easy for me. But I did it, and as the day went on I found it easier and easier to say yes. Nothing too ground breaking happened, nothing super weird either. But in the end it showed me that as much as I enjoy my routine, there is a world out there I could experience just by changing my perspective a bit. I'd challenge all of you to try it, it's refreshing and liberating. As the day drew to a close, I felt an oddly satisfying calm come over me. Maybe it was because the experiment was over? Maybe it was because it was a different day, and that was ok.

So back to starting today. Regret is a terrible emotion. What if you never do that thing you've always wanted to do? What if you wake up one day and you're 80 years old, having not tried everything you could have? What then? A life not lived to its fullest is a life wasted. What's the worst that can happen if you try? Failure? That's nothing to be ashamed of, everyone fails. It's how you get up and try again that defines you. Welcome the failures, they make you stronger. Learn from the failures. Failure, like success, makes the attempt legitimate, and it will make the next attempt easier.

Spring is a time for new beginnings. Grab life with both hands and go. A year from now you'll be happy you started today!