Is it ok to use the term ‘Gypsy Nurse’ for ‘travel nursing’? Our answer may surprise you 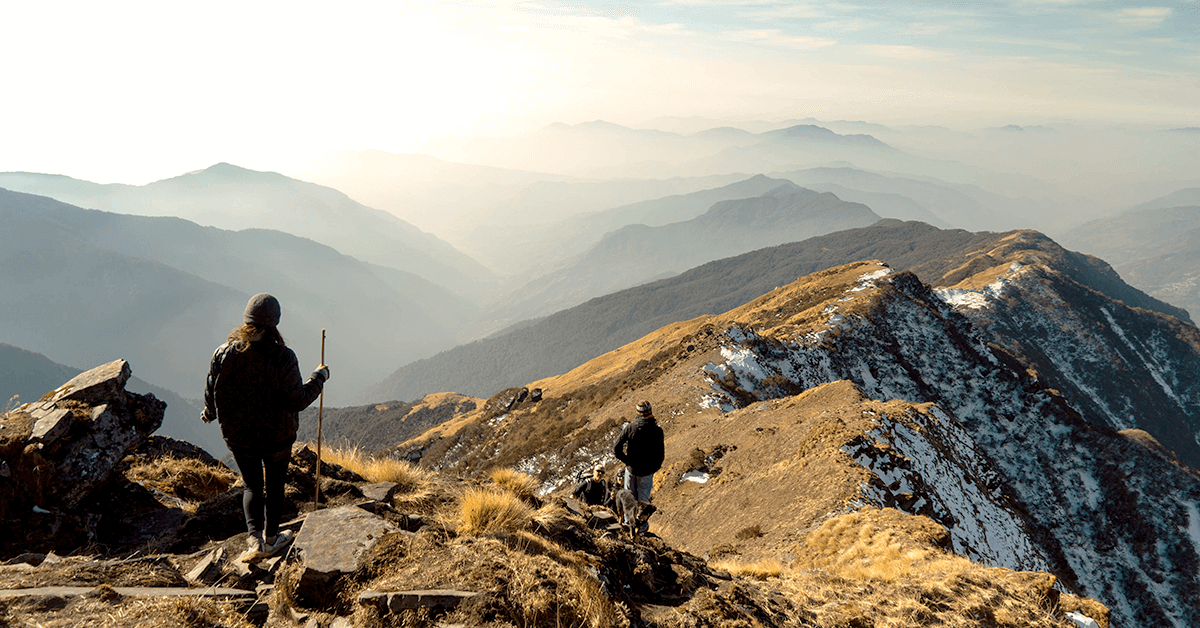 Embrace being a travel nurse, but not at the expense of others

There has been something on my mind for a while.

Keep in mind, this is strictly my opinion, but I’ve been in this industry for 18 years now. So, at the very least, I’d like to think it’s an informed opinion.

I’ve seen first-hand what nurses do every single day. I know the realities, the myths, and the words used to describe what you do.

Here it is: We need to stop calling traveling nurses “Gypsies”. In fact, we should probably retire the term “Gypsy nurse” altogether.

A term with a history you may not know

There is so much history around the word and how it came to have such negative overtones. I won’t pretend to be an expert, but some quick reading will show you the term “Gypsy Nurse” is charged with implications that don’t make sense anymore — and, perhaps, they never did.

Simply put, the term “Gypsy” carries a negative connotation. And there’s a load of racially charged history that influences that.

Dictionary.com defines gypsy as: “Sometimes offensive: a member of a traditionally itinerant people who originated in northern India and now live chiefly in south and southwest Asia, Europe, and North America.”

In early European history, gypsies were described as “beggars and thieves who disturbed the peace.” One of the Oxford English Dictionary definitions of Gypsy is: 'term for a woman, as being cunning, deceitful, fickle, or the like.”

Broadly speaking, “Gypsies” have been associated with groups that have a more transient or nomadic lifestyle throughout history. More specifically, it is used to describe the Romani or Roma people, and sometimes it’s used for people living in parts of present-day Romania. (There is a lot of scholarly work on this. By no means am I claiming to be an expert. Here’s a good breakdown.)

However, those negative stereotypes have been perpetuated by a lot of groups over a lot of time against the Romani people.

In an article by Now.org (a group that advocates racial equality and justice), one study showed 9 out of 10 Roma children have suffered racial abuse. Romani are still victims of abuse and racial injustice, and they are still portrayed with the old gypsy racial stereotypes.

“The media offers two stereotypes of Romani women: the beggar, who is dirty and exploiting social welfare, and a hypersexualized magical being who threatens the patriarchy. So, while the use of the word ‘gypsy’ seems innocent, it is dangerous to Romani women. It conjures of a romanticized image of poverty and sexualization, which doesn’t acknowledge that there is nothing romantic about being a victim of institutionalized racism.”

Make your own analysis.

With such a racially charged history — fraught with negative stereotypes — why would we want to continue to be part of the problem? Why would anyone go out of their way to marginalize a group of people or to use a term with such a loaded history?

Even more, the term “gypped” (or “gipped”) is derived from the word gypsy — it was intentionally used as a degradation, a derivative slur — and means to be cheated, ripped off or swindled. Clearly, that’s not a positive use of a term to describe a people, no matter how someone wants to spin it.

It’s offensive that Europeans and Americans have bastardized the name in reference to people migrating from India to Europe.

And honestly, it’s offensive to call people who have devoted their lives to helping people. Nurses are helpers; they don’t want to put people down — let alone an entire people.

Your profession deserves better, and the Romani people deserve our respect and allyship.

Just do a basic Google to see where the conversation is around this word and how it’s used. 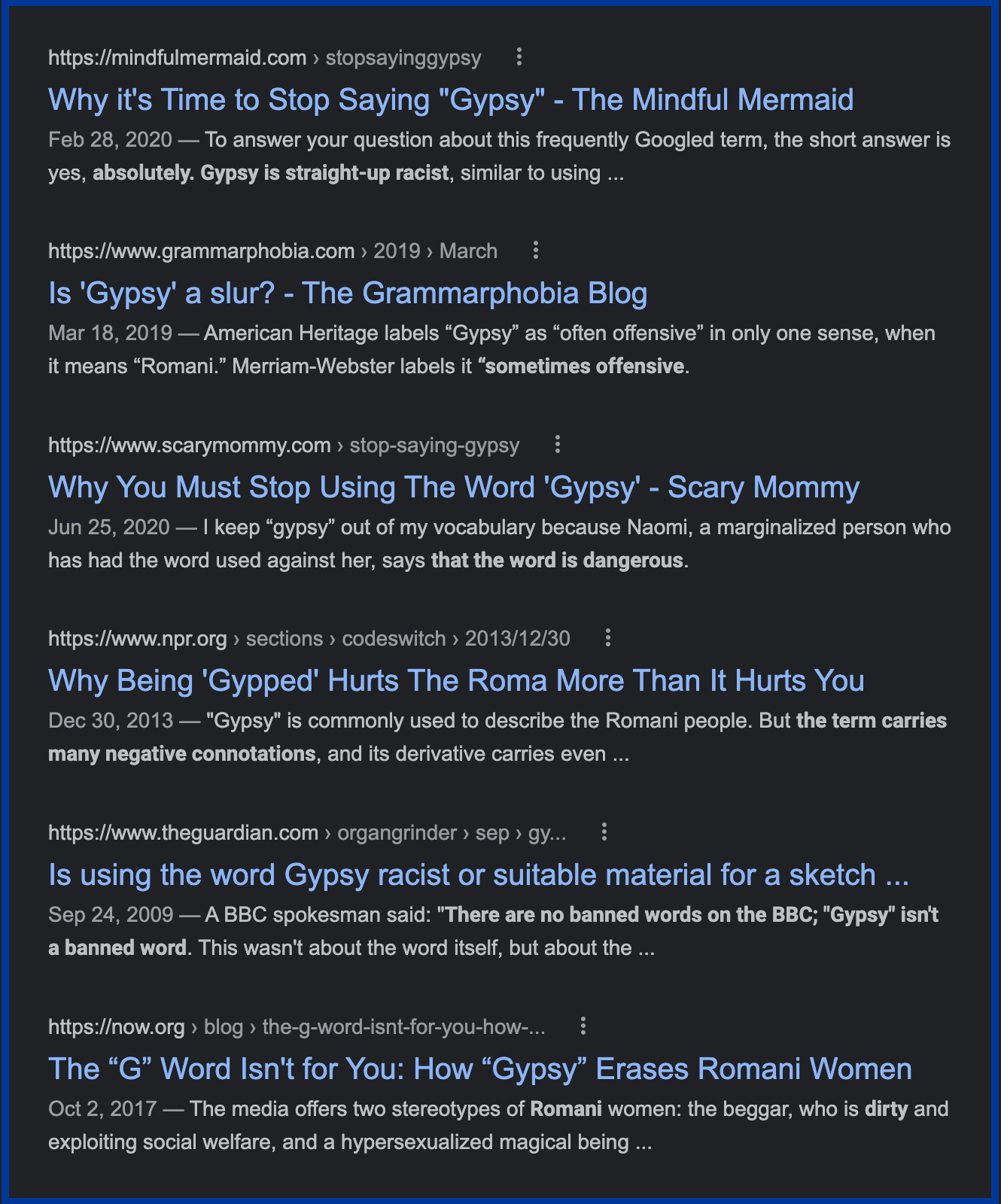 Travel nursing has changed; celebrate being a travel nurse, but not at the expense of others

Nursing has changed in many ways, some not for the better. Staffing ratios have gotten worse. Mandates forced by politicians — most of which have no idea what it’s like to care for a patient — have created issues that compound the already growing problems.

There are enough challenges and biases for travelers without us adding more to the mix — intentionally or not.

I get it, this may not be a popular opinion. I’ll concede this point. Early on in our industry that term might have loosely described the nomadic nature of the business. In the beginning of Atlas, we used that term a lot. I’m not proud of that, but we did.

We grow and, hopefully, we learn.

That was then. This is now.

I have a deeper understanding for what you do. Traveling healthcare professionals deserve better. You aren’t roving bands of thieves and miscreants. It’s unfair to paint yourselves with that brush, and unkind to perpetuate those harsh stereotypes toward the Romani people.

That certainly doesn’t describe the modern travel nurse. You are a savvy professional. You are an expert in your field. You spent years in college for this. You are so good at what you do, you can go work anywhere in the country you want. You are a new breed in the ever-evolving world of healthcare.

And, let’s not forget, you are incredibly kind people: You got into this profession to help people. You care. And you care about others. I know none of you would intentionally hurt someone by your choice of words.

Travel healthcare has grown up as an industry; we all need to, too

It wasn’t like this when I started in the industry 18 years ago. Travelers were used only as a last resort. The industry hadn’t evolved yet. It’s possible that during that time nurses were searching for an identity. Or, perhaps the identity was thrust upon you; maybe it did start as a negative.

There were far fewer choices when it came to agencies, and hospitals treated traveling nurses like second-class citizens. Maybe that’s when it became acceptable to use the term “gypsy”. It probably was intentionally derogative when the term was first used.

Someone chose to use a racially charged word at some point, and they likely intended all the hidden history of the slur.

But times have changed. It’s not 2004. Our industry has evolved.

A few years back there was a study that showed that a staff nurse is 1.7 times more expensive to a hospital than a travel nurse. With the rising cost of insurance and other benefits, my guess is that may have increase to as much as 2 times more expensive.

My friends, that’s the opposite of the derogatory “gypsy” definition and slur. Traveling healthcare professionals SAVE the system money. In today’s world, you are an integral part of the system as a whole.

And in my opinion, you deserve something better than someone’s negatively charged insults.

Like the true Romani, you aren’t a stereotype. You are complex, multi-layered, incredible people — with unique goals, dreams, faults, and strengths.

Your wanderlust and passion, your kindness and sense of adventure, should be celebrated.

You, my friends, are travel nurses. Be proud of that.